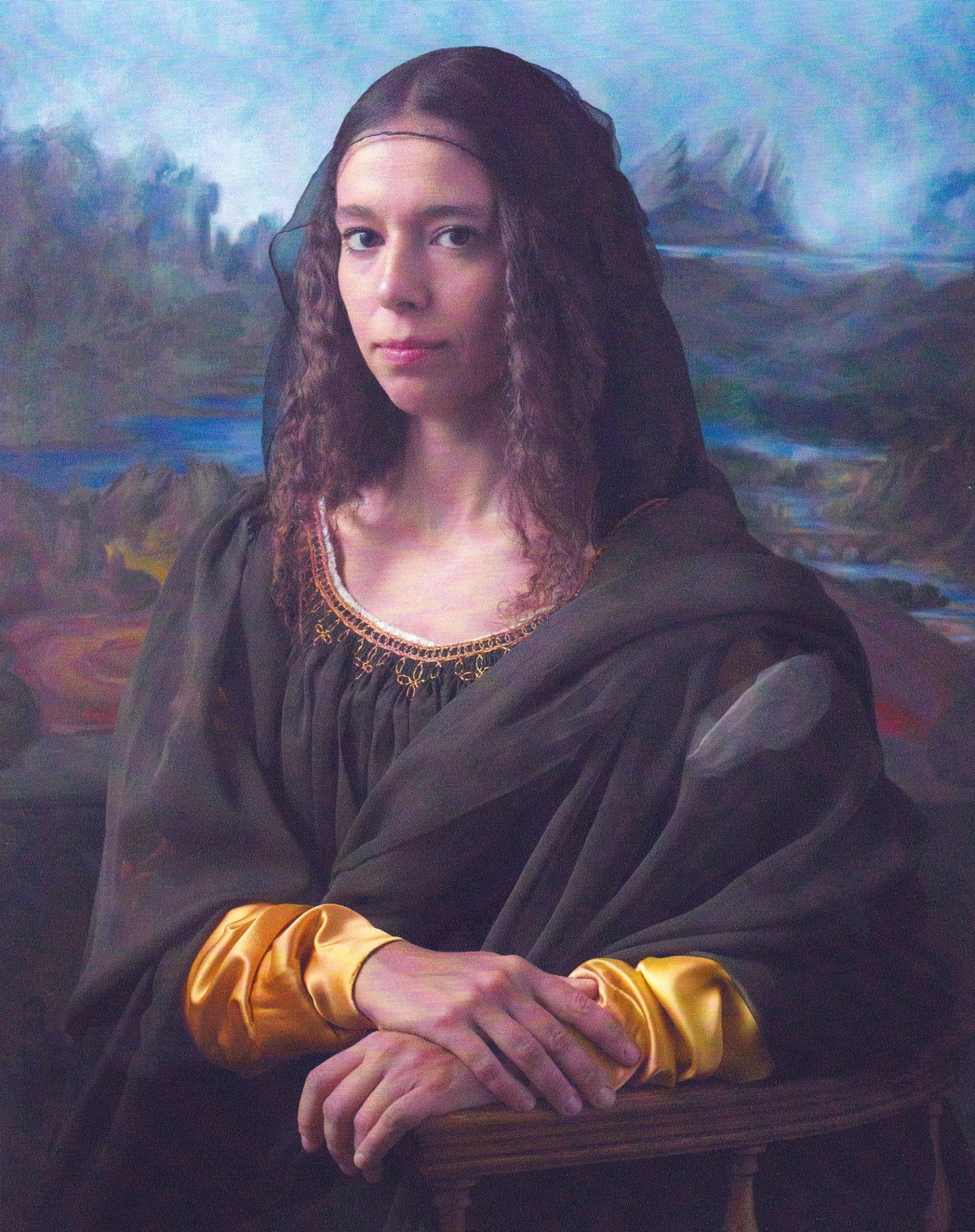 Recently I reproduced Mona Lisa’s clothing for a film by Gardener Creatives for Italian television. The gown was worn by a descendant of Mona Lisa…

I had previously made all the layers of Mona Lisa’s clothing – see ‘Undressing Mona Lisa‘, but this time I was to reproduce her outer gown with the embroidery. I invited Avril Sanderson of Silk-Pig Goldwork to create the embroidery and prepared the gown. The colours of the fabrics and silk thread were based on current research which show the original colours to have become muted over time. Avril tested various threads, colours and techniques until we were happy with the results and began the embroidery at the shoulder of the gown.

It was impossible to control or predict the rhythm of the pattern repeat, so that when Avril completed the neckline the pattern did not quite match – something that can be seen at the neckline of Mona Lisa’s gown too. Much has been read into this asymmetry, but to me it suggested a few thoughts: the point where the pattern met should surely have been at the back of her gown and that perhaps the maid had inadvertently placed it back to front. This also led me to conclude that the gown must have been identical front and back for this to have happened, and that it did not have had train (something I had in fact included). I have no way of knowing if this is correct, but simple explanations are always pleasing!

Thank you to Gardener Creatives for the use of the image.