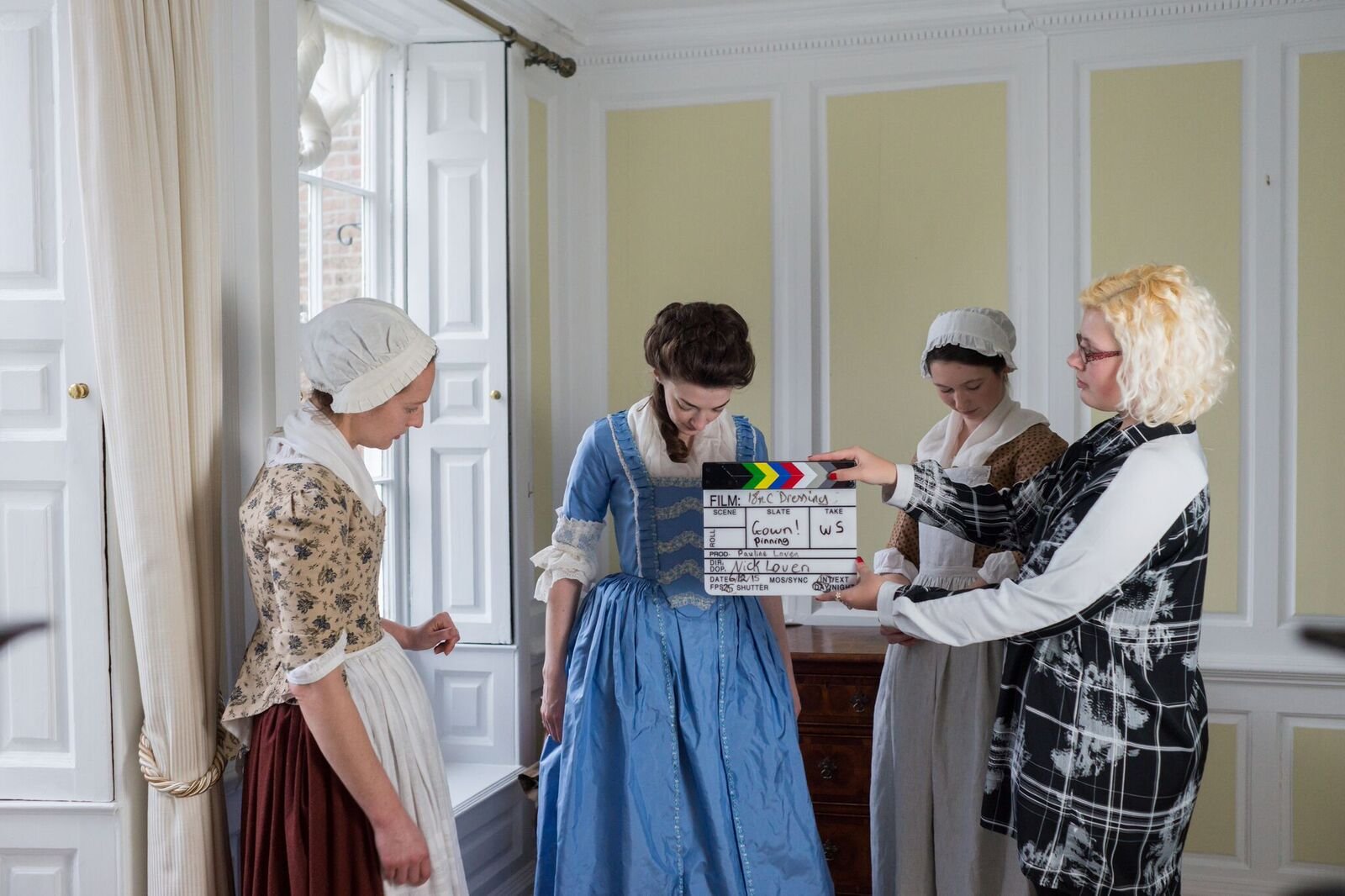 In 2015 we (Crow’s Eye Productions) were contacted by Pauline Rushton, costume curator of The Lady Lever Art Gallery, to make a short film of the sequence of dressing in the 18th century. The film was to be part of the media interpretation of the 18th century gallery which featured many portraits of wealthy society ladies. The idea was to get beneath the formality of the portraits and to explain how the period silhouette was achieved. I made the blue silk gown specially for the film – it was based on one in a painting of 1765, Mrs Paine and her Daughters, by Sir Joshua Reynolds, which is on display in the Gallery. You can read more about the story of the film in Pauline Rushton’s Blog.

The film has now had over 13 million views and can be seen here:

It was filmed on location in a beautiful Georgian House in Spalding, Lincolnshire.

Here are some of the behind the scenes images taken by set photographer Victoria Louise Newman: 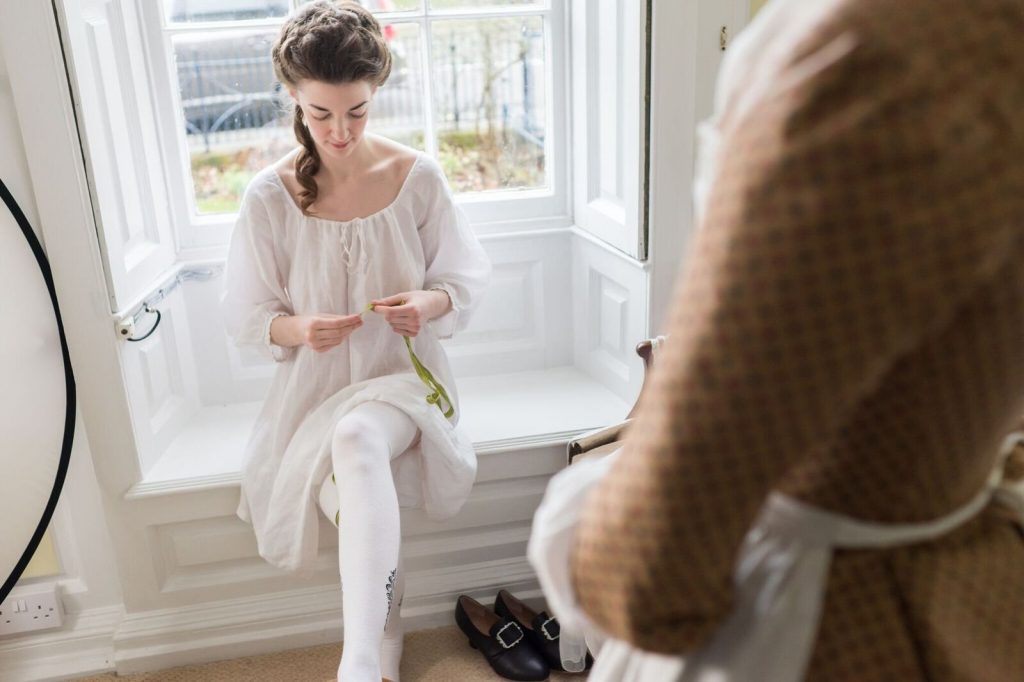 The lady in her linen shift and stockings holding her silk ribbon garters in her hand. The shoes are by American Duchess 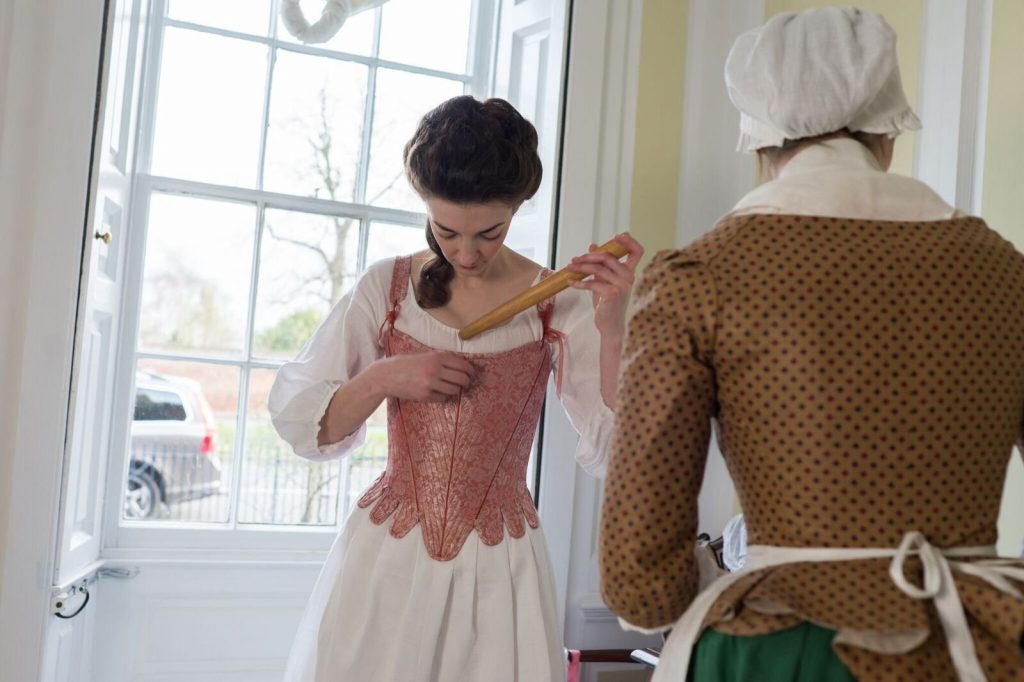 The wooden busk being is placed into a concealed pocket in the front of the stays – the busk helped to create the rigid silhouette. Busks were often given as love tokens as they were worn near the heart. They were often carved with hearts, entwined initials and dates.

The view from behind the camera. 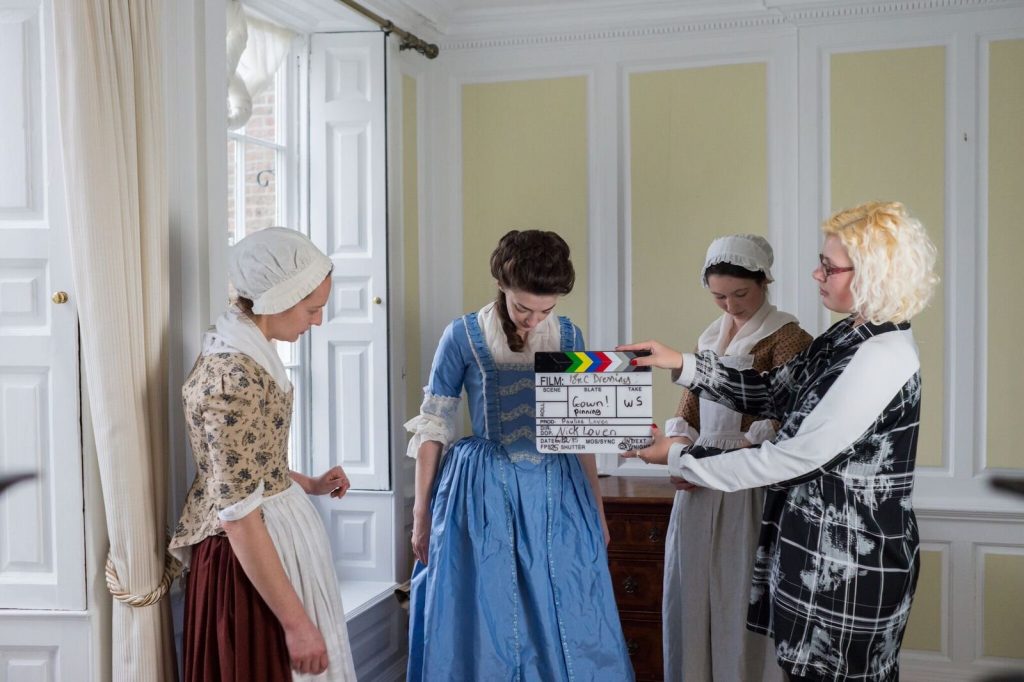 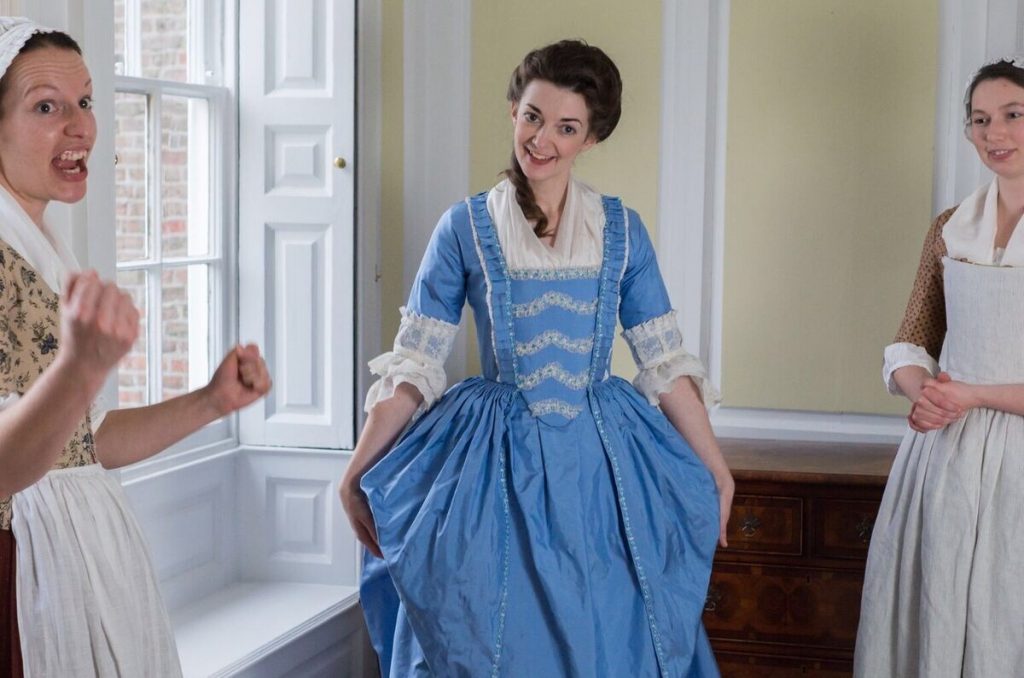 Two hours of setting up and over four hours of meticulous filming – and its a wrap! Click here for Crow’s Eye Productions

We were even mentioned by George Takei! 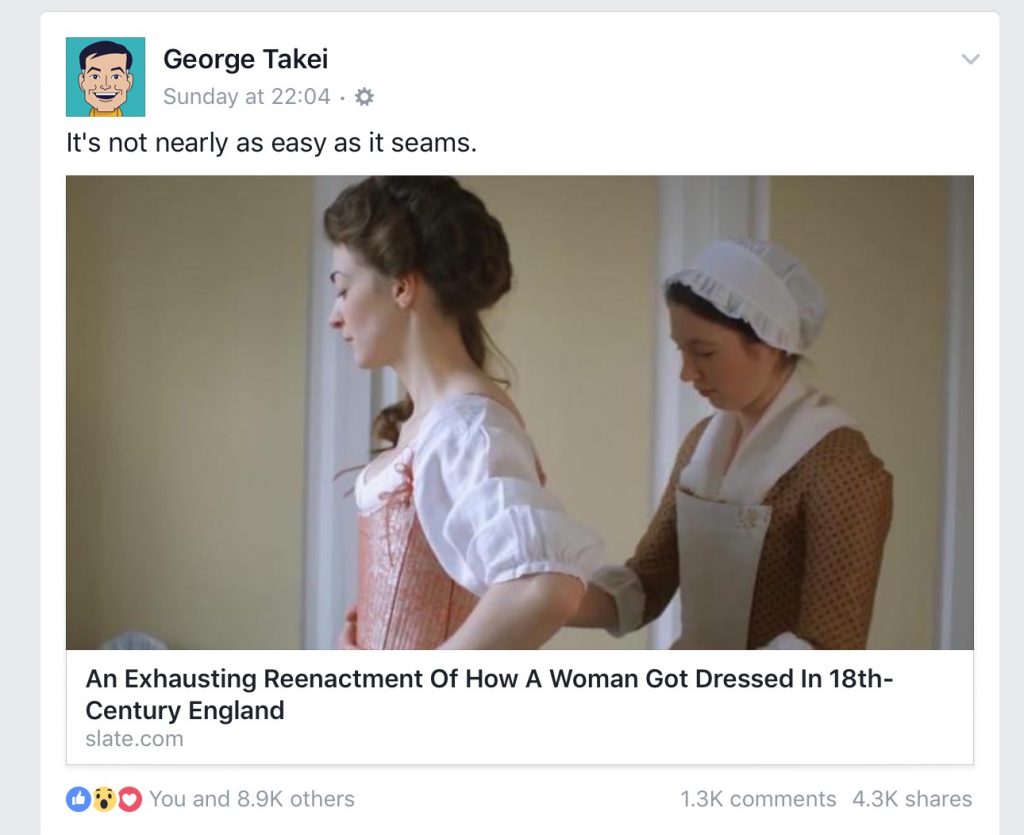