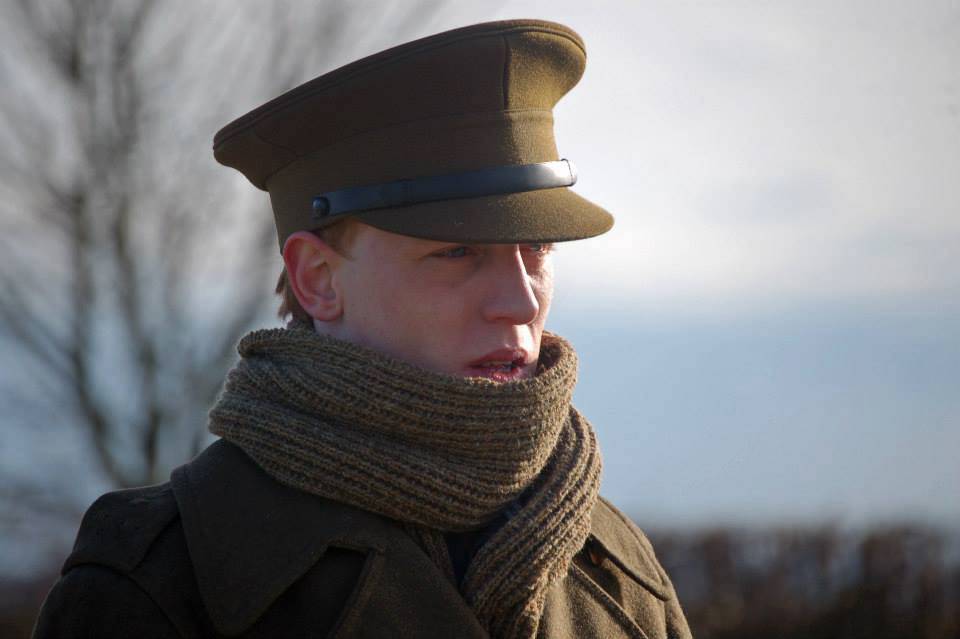 Gloves, scarves, Balaclavas, sleeping helmets, wrist warmers and a great variety of other shapes and purposes were produced, parcelled and posted. These knitted items were either sent direct to soldiers by their by families or supplied through major organisations such as the Red Cross, Queen Mary’s Needlework Guild or the Regimental Comforts Fund.

These knitted items gradually became known as ‘comforts’. Perhaps it was as much the love with which they were knitted as the warmth they offered which comforted the men, even when they never knew who knitted them. It was like touching home. The knits also conveyed a somewhat homely look on the battalions. Indeed, Parliament was vaguely disturbed by what appeared to be a slightly subversive movement amongst the women and a criticism of the government’s ability to provide all that the soldiers needed. It is much more likely, however, that women were simply doing all that they could to help their men survive what were at times utterly appalling conditions.

This comment from the diary of a VAD Nurse gives some idea of how important these ‘comforts’ could be:

“What a godsend to us is the tiny, tightly packed room known as the Red Cross Stores! To convey what its comforts have meant to the maimed, bruised men they have clothed, to realise what it means to have such a supply to draw from, no human words are in any way adequate.

“We nurses know how much the gifts and comforts are appreciated, and we would emphatically assure all the women who have associated themselves with the distaff part of war work that every garment or article made, earned from some painracked man his grateful, heartfelt, though inarticulate, thanks. Every stitch they have made meant a few minutes’ greater comfort – and correspondingly less pain – from an aching body tortured on our behalf, for our defence and our birthrights. It is in no way a far-fetched statement to say that some garments – such as pneumonia jackets and cholera belts – have prolonged a man’s life.

“Many needlewomen have deplored and belittled their share in the war’s work; they have deprecated their efforts because these have not necessitated the donning of a uniform and the complete upheaval of their former life. If they would imagine what the comfort and warmth of their nice, smooth, home-knitted socks are to cold, chilblained feet, if they could see the men snuggling head and frost-nipped ears into their cosy Balaclavas, if they could witness – as we nurses have done – how a small jaconet-covered pillow, placed under the scapula of a man with his arm in an extension, has secured for the poor man a good night’s rest, there would be no more deprecating talk, no more half-sighing comments that ‘I don’t seem to be doing much. I’m only a Sister Susie.’ Be proud you are a ‘Sister Susie.’ You are doing some of the most valuable war service. The comfort supplying department is as necessary to the Army Medical Service as the Commissariat or the Clothing Department is to the army in the field. The fighting forces are infinitely glad of the existence of Sister Susies and their nimble fingers.” Olive Dent, A V.A.D in France, 1917

The creation of this glove lies in the groundswell of home-grown support that developed during the First World War from women who supplemented the basic military uniform by knitting for the men on the front line. Knitted for the comfort and protection its owner, this glove is also designed to help them kill.

The thumb and forefinger are kept free to operate the rifle and it is this combined nature, of comfort and killing, which makes the rifleman’s glove such a disturbing and iconic item. The rifleman’s glove and many of the hospital comforts knitted for our Centenary Stitches exhibition will be on display at Alford Manor House Museum in Lincolnshire from May 1st 2015 in their ‘Miss Dorothy Higgins and role of the VADs’ exhibition. One of the VAD uniforms (below) I made will also be on display.