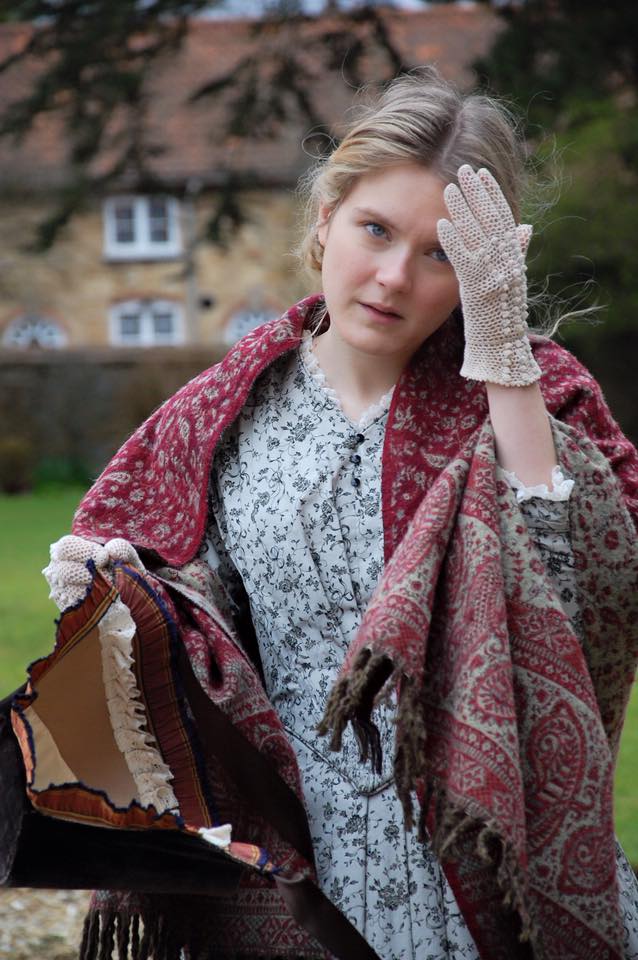 Just occasionally a challenge is thrown in my direction! Recently I costumed a third year Lincoln University film (on a voluntary basis – I do this occasionally), but (as with all barely-funded projects) there can be challenges; last minute changes of cast being one.

Having worked with the script, the director and the lead actress, and created my designs from the resources I had in stock, I was pleased with the wardrobe I had created for the lead and the rest of the cast. Two days before the main shoot began, I had the complete film wardrobe ready, bagged and labelled.

Then came the news that the lead actress was to be replaced (though no fault of her own).  The original actress was beautiful, petite and dark haired, the replacement actress was beautiful, tall and blonde. Though equally slender, there was no way the clothes made for the first actress would fit her replacement. Fortunately, I had stock to cover most of the wardrobe required, but I still needed to make a day dress in two days. Such a dress is really a four to five day task; so to do it in two days meant putting in two sixteen hour days – not something I like doing, but it could be done.

Both actresses were very talented, but each had a different aura – and this was what made the task interesting; design is a much influenced by the character and appearance of an actress as the role she is to play. The talented group of Lincoln University students were also a pleasure to work with.